Home is where your head is  (5 minute read) 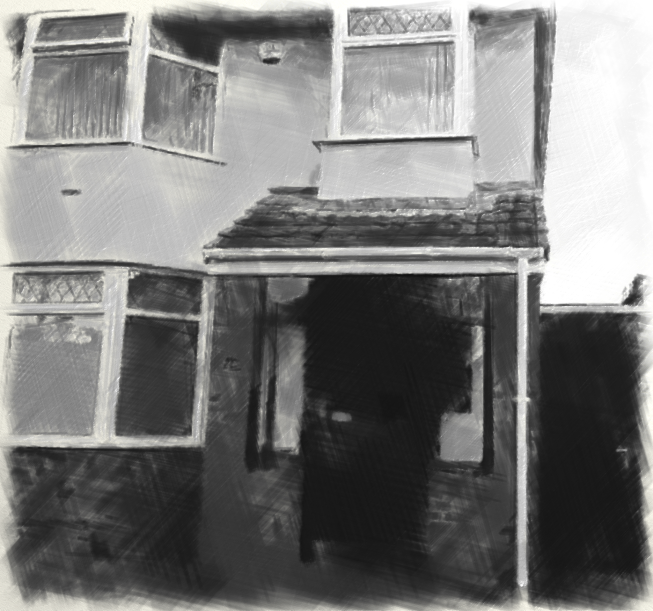 Last week, after thirty three years, the home I grew up was sold.  I haven’t lived there in over a decade, but there was something about knowing I always had the option to go back that gave me some comfort.

I didn’t have the stress of moving out of there physically, something which I know two thirds of people voted as top of their list for triggering anxiety, but I did have to move out my memories. And this did bring with it an effect on my mental health. After all, they say home is where the heart is, so it isn’t surprising that you feel a bit broken when the one you grew up in goes for good.

One of the themes I’m going to look at in The Mum without a Mum Diaries is how the losses keep adding up and can happen at any stage of your life when you’ve suffered a major bereavement early on.  Those losses can be that of the places that you knew, where things happened with people, who aren’t here anymore. I also wanted to explore the main character Alicia’s feelings about not being able to take her baby back to where her childhood memories took place.

The house had always been a link to my mum, a mini museum of memories, with a feeling that I could go there and just stand in a room and feel past moments again.  Growing up, it wasn’t just the centre of our world, but all our neighbours and friends too.  The swing, seesaw and slide set we used to play on for hours in the garden (and now I know how much these things cost, I feel even more grateful). The summer holidays when it rained and we used to make up ridiculous games or watch obscure films like Grease 2 or Never-ending Story, or horribly sad Disney films that we didn’t realise were horribly sad. Getting my own private phone line. The parties our parents knew about, and the ones they didn’t.

There were the private moments too.  The day my mum told me she had cancer and we were in my old bedroom. Weeks, months, maybe even a couple of years later, standing at the top of the stairs in her dressing gown after another round of chemotherapy, looking fragile, as I was going into school to do exams.  The day she told me that the treatment wasn’t working any more and I could see the swelling on her neck. Then, afterwards, the ‘total chaos’ as a family that we experienced still living in that house. Change, break in routine, shifting from positive to negative memories. But then good times also took place within the bad times, bringing with it a mix of emotions.

Memories can attack you or make you feel safe.

Studies show that savouring positive memories helps to generate positive emotions. It sounds obvious but the idea is that if you focus on the good times, it will take away feelings and experiences of threat, therefore reducing the fight or flight of anxiety.

The scientists in one study used the ‘social Broad Minded Affective Coping (BMAC)’ technique, focusing on positive social memory.  The idea is to use all your senses when thinking about a memory to bring back the positive feelings and then reflect and savour the experience. The experiment showed that people then felt positive and safe.

So I started small, with a photo of a patch of wallpaper that had been there since my sister and I shared a room in the 1980s/early 1990s. Thinking of it in the sensory way (which also helps with writing scenes in a novel and

not just focussing on the visual), proved difficult at first as the sad feelings and memories of what was came back. But then I moved past it. I thought about how the wallpaper had proved indestructible, and it wouldn’t budge, despite being hidden away in the boiler cupboard, despite being forgotten about for years. I’ll never see it again, the new family living in the house will probably get rid of it, but I could always visualise it and my happy childhood memories. If I could train my mind to think in a more positive way about it, I could feel comfort, the emotions a home gives you.

Some days I’ll feel okay about losses like this and remember the positives, and maybe that’ll help me with my anxiety and depression overall. But other times, when I don’t feel as mentally strong, the idea of that first home being gone, another anchor to a past with people who are gone, will get inside my head.

But I don’t want to lose the happiness I had there, and I don’t let the sad times cloud over everything. Maybe techniques like BMAC  will support my head into a positive mind-frame, and allow me to take my childhood home/memories to that good place they deserve to be.

After all, maybe home is where your head is.

Maternal Mental Health has only just got its own awareness week in the UK. This is a big deal. Until recently it wasn’t even a subject people talked about. But there’s been a surge of bloggers and celebrities sharing their experiences. This is a good thing.

The overwhelming message out there now is that anyone can suffer from maternal mental health problems (in fact 20% of us from a variety of backgrounds do), and that it is nothing to be ashamed about. And so I took the step to write about it too.

The Mum without a Mum Diaries is mainly fiction, but also based on some emotional fact. The maternal mental health problems Alicia has are partly based on my own experiences.

I was taking antidepressants before I was pregnant, and I had to make the decision whether to continue with them. While some drugs are considered relatively safe the evidence is not conclusive, and some have been linked to health problems in babies.  But I weighed up this lack of evidence against the fact that seven out of every 10 women who stop antidepressants in early pregnancy become unwell again. I couldn’t risk that, knowing what my ‘unwell’ could feel like.

Fortunately, I had a great doctor, who led me to a great mental health specialist and I kept taking them. I ignored the media. I ignored the well-meaning advice of some of my friends.  My daughter has shown no signs of being affected by them at nearly 16 months.

I know my own mind. I know how it can sometimes get too ‘full’, packed to the rafters with potential disasters, obsessive compulsive tendencies and chaos, leading to anxiety and depression. As a mum, with more responsibility than ever before, I needed to up the dose when my mind started to fill up again, around six months in. I loved my baby, I knew deep down that I was still a good parent, but I was struggling with daily life and this inability to relax and just enjoy maternity leave was making me feel inadequate.

Again, I had a great support network. But this isn’t the case for many people, particularly mums who need medication to get through. I also combined this with exercise, a healthy diet, yoga, mindfulness and counselling as I believe that an holistic approach is the only way to seek out an ever-changing cure against our ever-changing minds. My path to a cure for now had to include medication to chemically balance me again.

The fact that the main character in my book is secretly throwing her medication away, and has been for some time, is my way of highlighting the stigma still attached to antidepressants in pregnancy and for new mums. I want to show what happens to her because of this stigma in one of my plot threads.

This issue also made me consider how maternal mental health would have been perceived when my mum was a new mum in the 1980s. Researching for the character of Martha, Alicia’s slightly nightmarish Mother in Law, I wanted to base her behaviour on an unresolved struggle with maternal mental health. Her backstory will provide an awareness of the history of mental health in new mums, and how it has been largely ignored until now.

Backing this up, I’ve hardly found anything online on the history of maternal mental health, apart from electroshock therapy in the 1950s. It’s made me have more empathy for Martha as I develop her character.

The Mum without a Mum Diaries will give maternal mental health of the past and present a voice.

The UK’s first Maternal Mental Health Awareness Week is from 1-7 May 2017. This is a big deal. NHS England is spending £40m on doctors and other specialist mental health workers as part of its drive to help 30,000 more women by 2021. This is a good thing. And for all the mums out there with their hands and their minds full, let’s do everything we can to keep the conversation going.